Treating GAD and Panic Disorder Workshop in Rotherham over the weekend was a success. We had great feedback from many of the attendees. The workshop centered around the role of repressed negative emotions in the creation of most anxiety-related disorders.

One of the questions that came up in relation to this is the following;
“Instead of the States asking everyone to queue for a CBT programme and prescribing more and more antidepressants to anxiety and depression sufferers, why are they not encouraging alternative treatments that actually deal with the root-causes of anxiety-related disorders?”

Well, it is a question that I have been asked many times by people who attend my workshops. Having understood how most anxiety disorders are generated, people often wondered why the Government seems to be comfortable leaving people on antidepressants and on the CBT programmes when there are specialised methods that can bring total transformation to the sufferers.
Of course, CBT can be very helpful. However, it cannot function in isolation if total transformation from the root-causes is to be achieved, especially when dealing with sufferers with deep-rooted issues.

Leading chartered psychologist Oliver James has already raised this issue at the high level. His verdict was published by the Daily Mail on November 10th 2014.

Here are some extracts from the original article:

Mr James said “’Extensive evidence’ shows that CBT is a quick fix with no lasting benefits. In the short-term, 40 per cent of those who complete a course of CBT, typically five to 20 sessions of up to an hour, are said to have recovered. But ‘extensive evidence’ shows that two years on, depressed or anxious people who had CBT were no more likely to have recovered than those who had no treatment.”

Oliver James continued: ‘As a treatment, rafts of studies have shown it to be ineffective in delivering long-term therapeutic benefits to patients with anxiety and depression. While studies show that in the short-term – six to 12 months – patients who have received CBT are more likely to report themselves as ‘recovered’ compared to those who have received no treatment, these results are not sustained in the long-term. CBT is largely ineffective for the majority of patients. It is in essence a form of mental hygiene. However, filthy the kitchen floor of your mind, CBT soon covers it with a thin veneer of ‘positive polish’.”

Mr James said that “CBT has been mis-sold to policymakers because it is cheap.” He is now campaigning for treatments such as psychodynamic therapy – which focus on addressing the root cause of people’s problems – to be made available instead. “CBT appeals to politicians and NICE because it is quick and cheap. The therapies proven to work long-term, such as psychodynamic therapy, would not be so cheap because they require more sessions,” said Oliver James.

Mr James added: “Working as a psychotherapist, I rarely encounter patients who haven’t been subjected to CBT, which failed to help them.”

Obviously, great minds are already challenging the status qua and fighting for those sufferers whose lives have been put on hold as a result of lack of effective psycho-therapeutic solution to their problems within our mainstream mental health frontiers.

This is why I am so thrilled with the results our recovery programmes have been producing. We simply deal with the sources and not just the symptoms. We deliver transformations and not tranquilizers.
Those who attend our recovery workshops can testify that our approach, though very simple, reveals the core causes of most anxiety-related disorders and supplies effective solutions for transformation that is total and long-lasting.

Here is what one of the attendees of out recent workshop said after the event:

“Thank you so much for this workshop. It was brilliant and I will tell everyone about it. Really confirmed what I already knew about mental illness being a product of repressed negative emotions rather than a genetic predisposition that can be treated by long term use of dangerous meds. Great to find like minded people, well done.” —Katherine Littlewood, Development Worker, Disability Sheffield 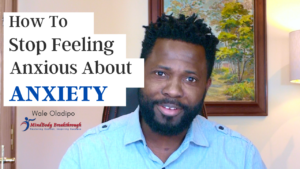 How To Stop Feeling Anxious About Anxiety 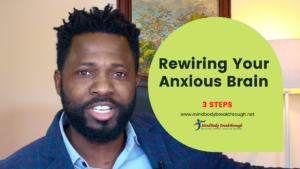 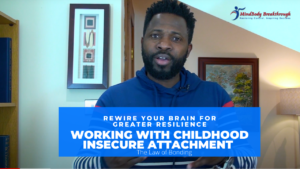 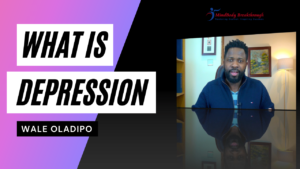 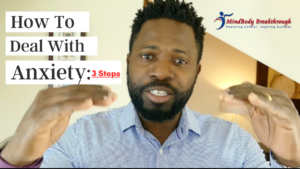 How To Deal With Anxiety: 3 Steps